Tiny Royale™ is a top-down multiplayer shooter that reinvents the battle royale experience for the Snapchat platform. Tiny Royale™ lets players choose custom characters and squad up with friends or battle solo for quick two-minute rounds to loot and shoot their way to victory. Up to 30 players can battle at a time, forming squads of up to four friends. As players progress they can unlock characters and collect weapons and health packs while the map shrinks during the match until only one player, or team, remains.

“We are thrilled to be one of the first companies to launch a gaming experience on Snapchat,” said Bernard Kim, President of Publishing at Zynga. “Game developers rarely get the opportunity to create an entirely new experience on an emerging platform so our team was excited to remix the battle royale genre into a fast-paced game designed to rock on Snap Games.”

“Snap Games is all about exploring new ways for friends to play together and Tiny Royale™ is the perfect example of that,” said Will Wu, Snap’s Head of Snap Games. “We jumped at the chance to have a global leader in mobile games like Zynga develop for our platform, and we can’t wait to see what our community thinks about this new way to connect with each other.”

Snap Games is designed for synchronous mobile gameplay between friends, and built on the powerful PlayCanvas game engine. The platform, which launched in April, features a curated selection of original and third-party titles. Starting today, Snapchatters will be able to dive into Tiny Royale™ instantly from Snapchat’s messaging feature, Chat. Players can also seamlessly communicate with their friends through both text and voice-based Chat features during game play, bringing live conversation—and way more fun—to the Tiny Royale™ gaming experience on Snapchat.

Tiny Royale™ will also be launching a ranked matchmaking feature this summer called Tiny Royale™ Leagues. The feature will foster a more competitive environment for players by placing them in groups of 100 people, broken out into 20 tiers. Players will battle to climb tier ranks over limited time windows, earning trophies and rewards based on their performance.

Zynga is a global leader in interactive entertainment with a mission to connect the world through games. To date, more than one billion people have played Zynga’s franchises including CSR Racing™, Empires & Puzzles™, Merge Dragons!™, Words With Friends™ and Zynga Poker™. Zynga’s games are available in more than 150 countries and are playable across social platforms and mobile devices worldwide. Founded in 2007, the company is headquartered in San Francisco with locations in the U.S., Canada, U.K., Ireland, India, Turkey and Finland. For more information, visit www.zynga.com or follow Zynga on Twitter and Facebook.

Snap Inc. is a camera company. We believe that reinventing the camera represents our greatest opportunity to improve the way people live and communicate. We contribute to human progress by empowering people to express themselves, live in the moment, learn about the world, and have fun together. For more information, visit snap.com. 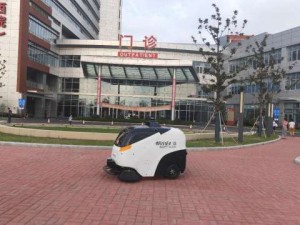