DUBAI, UAE--(뉴스와이어) 2019년 10월 16일 -- The WBF 2019 Indonesia Technology Conference was held at the Ritz-Carlton Jakarta on 20 September in Jakarta, a key city in Southeast Asia. The event was attended by officials from Samsung, Indodax, Asian regulatory bodies, blockchain organizations, over 30 representatives from central banks, over 50 media agencies, and over 500 industry leaders. S BLOCK is an inter-blockchain multi-currency digital wallet from Switzerland, and was co-host of the conference.

S BLOCK is a multi-currency digital wallet based on inter-blockchain communications technology. Through a proprietary Wormhole Communications Protocol, it facilitates financial operations such as cross-chain transfers and remittance. Through the Interstellar Loan Contract and Interstellar Transfer Protocol, it provides access and security for third-party for-profit services. S BLOCK also promotes real-world usages, and aims to build a complete ecosystem. This would increase the liquidity and valuation of its SBO token.

With the largest population and economic output in Southeast Asia and ASEAN, Indonesia is a main driver for technological development in the region. S BLOCK has partnered with the World Blockchain Foundation (WBF) to support technological innovation and growth in the region through Indonesia, and will provide access to its products and services for the blockchain industry.

On the back of its success in the Technology Conference in Shenzhen, Singapore, and New York, WBF has once again commited its resources to help develop the global consensus for the quality blockchain platform S BLOCK. S BLOCK has initiated a new strategic plan for its Decentralized Autonomous Organization (DAO). DAO is a new decentralized community that promotes community-based autonomy, and integrates community resources in an all-encompassing ecosystem. Through the platform token ATO, DAO would allow more communities to participate in the development of the S BLOCK ecosystem. This includes the acceptance of DASH, HT, OKB, and other quality tokens to create a new cross-chain value consensus. This would empower S BLOCK to be the world’s greatest community of innovaters, developers, and traders.

Beyond its conferences, WBF commits to joining its massive community on its digital asset exchange with that of S BLOCK’s to support one another. Join the SBO global consensus and DAO super community in developing the S BLOCK Super Chain! 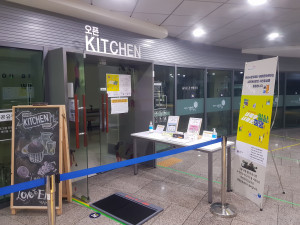